The imminent end could not be clearer, or could it?

Commissariat of the German Bishops 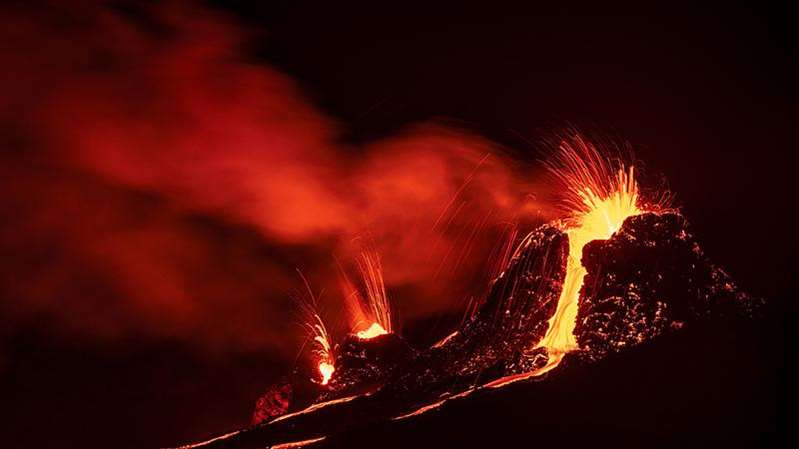 Free English translation on 30 October 2021. The German-language document you may find here!

*2016/ Attention: No one else has the right to write such a letter to the appointed clergy, but everyone has a right to the truth; this right belongs in the first place in the Basic Law and for this reason my person chooses this way!

It is Thursday (Thunder day in German-language)  again today, and that applies to everyone, including the clergy, since they are supposed to be at the top of society, but do not actually occupy the place on earth where a true clergy belongs.

Not entirely blamelessly, you as clergy have placed yourselves in the wrong places and also placed yourselves on the wrong focal points or, to be more precise, you have omitted to place yourselves on the most important focal points, namely directly on the human being, where the human being makes his decisions and forms his opinion, namely on his conscience, which is always connected with knowledge.

No one else on God's earth will tell you such thoughts in this form, no one else will enlighten you as to which lot you had chosen, no one else will be able to give you the march and properly show you the direction, if not my person, behind whom there is also a certain knowledge.

This knowledge is not meant to be trumpeted, but to be made accessible to everyone, for the right* to the truth and the command and the order connected with it are to lead to a turning point in contemporary history, with the possibility of clarity and direction in the matter and in the order, in order to receive certain confirmation through the human spirit and not to go astray!

Quite clearly, your Empress would like to put three recent enclosed letters to your heart, so that you can understand that the whole of humanity in general is quite sick, to paraphrase the actual problem quite casually.

Last Sunday, the 30th Sunday in the cycle of the year, my person followed a Mass celebration from East Germany via Deutsche Welle radio, with Bishop Nowak leading the word through his sermon.

Again, your Empress sat more or less powerless and had to ask herself once again who is actually meant to protect and secure people by making it clear to people where the path leads and how to stay on that path.

You, however, as you understand your vocation, will not be able to be that way.

It cannot be that a bishop, who has a great deal of knowledge and extensive life experience, makes an excuse, as it were, because he has to tell his flock that if there are 40 million people suffering from the immunodeficiency Aids and the black continent is in need of help, then this withholding of funds is, as he said, casually put, a failure to help, if nothing proper is done about it, because the bell-pouch would only be a drop in the ocean.

Of course, such a figure no longer belongs to the real imagination of a person who should realise that all these people should be doomed to die; your Empress agrees with you, but this high figure was not always so high and it was foreseeable to any person who was in a position of leadership or public service or public* life that Africa, for example, should be doomed by its whole structure and means to lose the battle with and against epidemics and hunger.

You, as older persons, would have and have always known this, but never really risked anything to insist on real aid, as you personally could certainly have been harmed.

You have so far failed to make proper use of the opportunity that was open to you, especially as Africa could have long* been integrated by the means of communication and also by the means of transport available, and in a social security!! ! !

As a clergyman with foresight, which simply has to be presupposed, you should have seized the opportunity in this regard, especially through the media, and not indirectly excused yourself and your sheep; you should have broadcast this failure to help quite clearly and sternly over the airwaves until every full-fledged sheep would have had the morsel stuck in its mouth! !

And only if you and your kind had been able to convince yourselves afterwards whether your sheep had understood the Good News and the corresponding sermon, only then would you yourself have been acquitted of your failure to help!

That's how serious life is and that's exactly how your real vocation looks like and not like an obsequious humility even towards man.

You must recognise that every human being has been given his lot, especially when you accept young men into your clergy, for then you too, as clergy, are ultimately to be held responsible for the fact that they are not allowed to run aground, although precisely your high status as a true clergy has been and is still being targeted from all sides, so that you as a leader in our time have indirectly given up your vocation and now also the young men from your ranks are at the mercy of the sick society, mainly through the controlled machinations of the media, which are quite deliberately set, especially on the clergy, whereby the USA is the forerunner and one after the other from your ranks is to fall down!

Now your Empress comes and gives you a roasting and accuses you, although you are supposed to lead congregations with an average of over 3,600 members.

There is only time left for administrative work, as you will put it.

You yourselves are not the least to blame for this state of affairs, since you can no longer properly protect yourselves and your flock; the spirit of the times has long since become far too strong and is taking over one after the other.

You have not made proper use of the gift that should distinguish you as a clergyman, for you should have seen through the game that the Protestant Church in particular, for example, played with you years ago, and you should have taken a stand on your vocation by not allowing others to become so big who are forced to run up.

A true Catholic should always have approached a Protestant secularist with suspicion and with a healthy reaction.

Never should you have consensually and approvingly accepted that a human should be allowed to bless another man by proxy of a commissioned apostle, when he is not directly called to do so by the Lord and Creator, and thus does not possess this qualification either, but is only entitled to do so by permission of some institution.

Last Sunday, the 31st Sunday in the cycle of the year, your Empress watched the Protestant celebration of the Mass on ZDF, with a female bishop taking the floor.

Please be informed about the exact content of the sermon or the lecture and then please read the enclosed letter of your Empress "Harry Potter", which is somewhat different from the sermon of a so-called female bishop, whom* your Empress will also write to in order to clearly clarify the budgetary question of the Evangelical Church in Germany as well!

You will only be able to recognise with ease that my person has something in her what you seem to have lost; this anger and this fear for the children which will not be unfounded.

My person will not be able and allowed to pronounce any disenfranchisement to the true clergy, since you received your calling through the Lord and Creator, which should be specifically proven through my person.

The Protestant Church, however, has received its disenfranchisement especially also through the sermon of the bishop, confirmed and authenticated by the aforementioned letter of your Empress.

You will, after you have hopefully been get a roasting  again, take the initiative and shovel the way clear in a two-track manner as well, in that from your ranks, as already mentioned several times, Cardinal L....+ will be familiarised with the facts of the matter and commission of the Lord and will contact the male leadership in Luebeck in order to talk about "Alpha and Omega" through a dialogue.

Since you, as clergymen, have now been put in check by the spirit of the times and have already been partially checkmated, your Empress will now take up and lead the fight between you and all other Christian churches alone, since this will greatly reduce the quarrel, which would also be out of place at present, which of course does not mean that a Roman Catholic should not quarrel for his or her conviction, but quite the contrary he or she must even quarrel!

For these reasons, your Empress will hand over the written thoughts, instructions and orders to you and to the Evangelical Church on both sides; one owes this to people of other faiths, especially since there will also be true clergy in the Protestant Church and, conversely, there will certainly be seculars in the Roman Catholic Church.

Since it all began insidiously twenty* years ago in the L....... congregation, Luebeck, under Pastor Pille, it should be crept back accordingly, so that you can also change your lot, but the lot "A place in the Sun" is, as far as I know, not current at present.

You could possibly reckon with this lot, which again raises unresolved issues.

My person does not wish any disputes and power issues between the Imperial Couple and the Pope and holds you responsible for this.

This letter is now eight* years old and still relevant and almost yet nowhere near as precious as the Good News and the Gospel.

The number of AIDS deaths and AIDS infected people has become dramatic and unimaginable.

For this reason, I would personally try to ensure under the sky of Africa that justice prevails and that the natives of this continent are cured by a "miracle" which, among other things,* could also involve work through high technology...............bcause, that's how a fairy tale begins!

Writing has been slightly corrected for clarity.*.

HP: In 2002, my person was not yet aware of the actual financial wealth of the two major Christian churches.

IN hindsight, my person can now understand that a bishop indirectly apologised for this failure to help, for good reason, but that does not change the factual situation at the time!